END_OF_DOCUMENT_TOKEN_TO_BE_REPLACED

Development Ethics is a four-week National Endowment for the Humanities Summer Institute, to be held Monday, July 22 to Friday, August 16, 2013 on the campus of Michigan State University. Its goal is to provide the opportunity to review a rapidly emerging and exciting area of ethics and social and political philosophy that has grown to maturity over the past thirty years, and contribute to an extended conversation on its future. Twenty-five NEH Summer Scholars will participate in the Institute for four weeks and will pursue individual work connected to the Institute’s subject matter.

Our world is characterized by great inequality on global and local scales, and this with regard to material resources, health, education and life opportunities. Many find themselves in poverty and deprivation, with women, children and indigenous peoples especially vulnerable and afforded the narrowest opportunities. Some countries are labeled as “developing” by political regimes and international organizations, and the many are promised “development”, but the promises are often not realized, with some left much the worse by their interactions with development. There has been much controversy over the years concerning the effective and appropriate means for moving toward or achieving development. At the same time, there are serious doubts as to whether the “developed” countries constitute appropriate models for others to emulate, or whether they are instead to be viewed as overdeveloped or misdeveloped countries: those out of balance with respect to environmental sustainability. Further, the idea of development is tarnished when the “developed countries” call the shots in global trade and economic decisions while providing others half a loaf, thus reinforcing their political advantages, agendas, and foundations of power.

Many of the injustices are obvious, but effecting change requires both hard work and careful thought. Moving forward intelligently and fairly requires a philosophical theory of development and careful ethical analysis complemented by political, economic and sociological analysis, all three of which also have their philosophical aspect. This interdisciplinarity and engagement in urgent real problems of global social justice has led to the field’s further evolution, and provides both important challenges and opportunities for scholarship and for teaching. They also play out in our Institute’s reading list, our presenters, and in the character of the conversation that we will pursue during the Summer Institute.

Scholars receive a $3,300 stipend to defray expenses. Applications are encouraged from university and college faculty, part-time faculty, independent scholars, and others (see webpage for details). Applications are also encouraged from graduate students, three of whom are expected to be among the group. Our reading and conversation will contextualize the contributions of twelve presenters who will be resident at the Institute for as much as a week each: eight leading scholars from across the country and globe and four expert faculty from MSU. 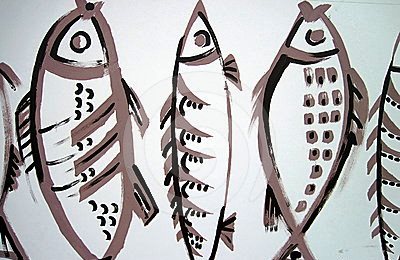 Registration is currently open for a one day workshop on Pain and Animals.

The workshop will be held on March 2nd 2013, and is hosted by Philosophy at the University of Glasgow.  Our aim is to better understand the similarities and differences in the pain of humans and non-human animals.  Specifically, we will explore the role of pain in non-human animals, whether they are capable of the emotion, evaluation, and anticipation often thought to be related to human pain, and in what ways non-human animals suffer.

The day will be organized around research by presenters:

The workshop is part of the larger Pain Project. The Pain Project is an international, interdisciplinary research project focused on relations amongst pain, perception, and emotion, as well as pain in non-human animals.  It is part of an overarching research programme, Pain and the Nature of Mind, run by the University of Notre Dame and funded by the John Templeton Foundation.

To register or for further inquiries please email Jennifer Corns at: jencorns@gmail.com.

The DISsertations initiative for the advancement of Climate Change ReSearch (DISCCRS, pronounced *discourse*) hosts symposia for early-career climate change researchers. Our goal is to catalyze international, interdisciplinary collegial networks and foster collaborative interdisciplinary research and dynamic interactions between science and society to enable us to better understand and respond to the myriad challenges posed by climate change.

During the weeklong symposium, 30 competitively selected recent Ph.D. graduates will share their research, engage in discussions with peers, mentors, and funding agency representatives, and hone their teambuilding and communication skills. Most importantly, scholars will depart from the symposium with a collegial peer network that extends across the full range of climate science.

Symposium Eligibility: Ph.D. requirements completed between September 1, 2010 – February 28, 2013 in any field. Applicants should be conducting research relevant to the study of climate change, its impacts, or its societal implications. We encourage applicants from the biological, physical, and social sciences, mathematics, engineering, and other fields, including environmental ethics and philosophy. While U.S. citizens and residents have preference, some funds are available for non-U.S. participants.

Description: Climate Change, population growths, scarcity of natural resources and various ecological challenges are increasingly influencing the political debates about the future. The international political institutions seem not to be able to take measures to implement a sustainable politics. Climate change is not only a challenge for technology but a challenge for political institutions and the structure of economy. But furthermore climate change is challenging our social relationships and moral convictions. Distribution of the burdens of a sustainable politics between the rich and the poor countries seems to be a severe obstacle for effective political changes. The right of the global poor to a development seems to be endangered by sustainability. And moral responsibility for future generations seems to ask for changes of all our moral frameworks. Why should we see ourselves moral obliged towards future generations? How would our moral obligations look like if we would have to grant future generations a right to a decent standard of living? Is such a scope of responsibility not over-demanding for the contemporaries? What kind of motivation should we have to see us obliged too such an extent? How can we determine moral obligations with regard to the future if we can hardly oversee the consequences of our current political decisions? The summer school wants to offer a forum for PhD-students and early postdoc’s that are interested in the field of environmental ethics to discuss a broad range of perspective.

How to apply: Please send an e-mail to ozse@ethics.uu.nl with your contact details (email address, telephone number and postal address), a brief description of your academic background  (previous education, etc.) (max. 300 words), and a brief description of your PhD project (max. 500 words). (If your application is accepted, your contact information and the description of your research project will be included in the reader for the Summer School). When the number of applications exceeds the number of places available, we will make a selection on the basis of the relevance of the topic for the student’s dissertation. You will be notified within two weeks after the deadline for application whether your application to the summer school has been accepted.

Preparation: As this is a short and intensive course, active participation by the students is required. Participants are expected to study the reader containing the articles that have been selected for the course in advance. Tutorials with the teaching staff are part of the program. All participants will give a presentation on (part of) their PhD project.

As our understanding of climate change and its far-reaching ramifications continues to grow, it is imperative for climate change researchers to form strong collaborative bonds that reach across disciplines and other boundaries. Every year the DISsertations initiative for the advancement of Climate Change ReSearch (DISCCRS, pronounced discourse) hosts a symposium for early-career climate change researchers. Our goal is to catalyze international, interdisciplinary collaboration while laying the foundation for dynamic, communicative collegial networks that are better-equipped to understand and respond to the myriad challenges posed by climate change.

During the week-long symposium, the 30 invited DISCCRS Scholars will have the opportunity to present their research, hone interdisciplinary communication and teambuilding skills, and discuss emerging research and trends. Scholars will also have the chance to talk about the societal and professional challenges involved in climate change research, with each other and with established researchers invited to serve as mentors.

Applications will be reviewed by an interdisciplinary committee of research scientists. The selection committee will favor applicants who plan to engage in interdisciplinary research careers in any subject relevant to the study of climate change, its impacts or its solutions. We encourage applicants from the natural and social sciences, mathematics, engineering, and other fields, so long as their research focus relates to climate change, its impacts or its solutions. Although the emphasis is on the U.S. research system, we welcome applicants from all countries who are interested in learning about the U.S. research system or connecting with U.S. researchers. Airfare and on-site expenses are supported through grants from NSF and NASA.