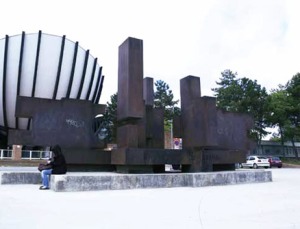 This course is specifically designed for doctoral students, post-docs and young scholars who wish to further explore urban sustainability, discuss cutting-edge research with peers and established scholars alike and develop specific skills such as presenting their own research, developing abstracts and discussing the research of other scholars in the make. END_OF_DOCUMENT_TOKEN_TO_BE_REPLACED

The majority of the world’s population lives in urban areas. Global climate change will impact significantly low-elevated coastal regions which comprise 2% of the world’s land mass but contain 13% of its population in many of the world’s largest urban areas. These changes will not impact all residents the same with class, gender, race, ethnicity and age making some populations more vulnerable. We encourage papers from authors writing about cities and metropolitan regions across the global north and south. We will be looking for papers that illustrate how climate change affects these urban areas.

This edition of Research in Urban Sociology will focus on the following topics related to climate change on urban life:

Potential contributors should submit a chapter abstract for this volume. Proposal statements should be one-page, single-spaced in length. Pease e-mail your proposal to William Holt at holtiiiw1@southernct.edu by September 15, 2011. All contributors will be notified by October 1, 2011 as to their submission status. Final chapter manuscripts will be due January 15, 2012