Climate change raises common issues for political theorists, philosophers and economists. But as the debate over the 2006 Stern Review on the Economics of Climate Change showed, the disciplines take distinct perspectives. This workshop will bring together political theorists and philosophers with an interest in climate economics, and economists interested in climate ethics.

Climate policy is heavily influenced by economic policy advice, and thus by the methodology and mindset on which this advice is based. However, the models used by economists for analysing climate change have been developed for tackling smaller scale problems than climate change. Applying conventional methods to problems such as climate change brings foundational problems to the surface. In particular, it has become clear that the policy advice of climate economists is highly sensitive to certain basic normative assumptions. While the technicalities involved in climate economics constitute an obstacle for political theorists, the non-consequentialist aspects of some strands of ethical thinking are alien to practitioners of climate economics steeped in traditional economic paradigms. Climate change drives not only economics to its limits but also political theory. Certain old and also new questions of political theory are made salient by climate change in particularly stark terms.

We look for (i) political theorists and moral philosophers with an interest in economic methodology and environmental politics, (ii) climate economists who are keen to discuss the normative presuppositions of their field, and (iii) researchers from further fields such as geography.

Topics on which we would welcome proposals include: 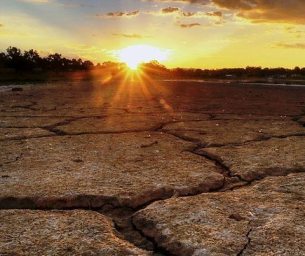 Proposals can be submitted by researchers based at ECPR member institutions here.

The workshop is part of the Joint Sessions of the European Consortium for Political Research (ECPR) which will be held at the University of Salamanca, Salamanca, Spain on 10-15 April 2014.  The Joint Sessions workshops have been referred to as the ‘jewel in the crown’ of the ECPR.  We will be a group of 15 – 20 people and each participant’s paper will be discussed in depth.